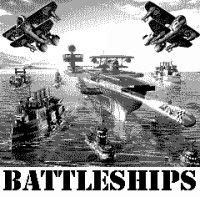 In 2001 I took a part in very interesting project called "Battleships", the project was organized by Swedish company "Gamefederation" and the purpose of the project was to show the power of the GEX platform (multi-user game management platform, a product of the company) in E3 2001. During planned demo game session, a Motorola A008 user would start a game session with a PC  user through interfaces provided by the GEX server. The Well-known paper board game "Battleships" was selected as the base for the demo and we were sure that it would possible to implement demo project for 3 moths.  I didn't have any mobile development skills in that time but the project looked very interestingly especially because it was a client-server project involving a mobile device working through GPRS network (very new experimental technology in that time) and even with touch screen so I agreed my participation.  The Russian team part worked in bounds of RU-SOFT company.


The Whole team included many persons, I have listed only persons with whom I contacted directly because I didn't contact with some management of Swedish company and marketing part:

We had only 3 months to implement the project and our artists developed  great design for PC part (many times later I heard that the game could get a lot of success if it would be published as shareware), when PC design was ready I developed much easier design for mobile device. The Project was completed in time and it was successful in its show in E3 2001 (as I was told because in that time I could not leave Russia and visit events). It is interesting detail that the initial version of PC game had much detailed animations but when gfx had been completed we got notification from the customer that the PC game was planned to be downloaded through internet just during the demo session and 120 Mb was too big for internet channels in that time, so that gfx was cut and game size decreased to 60 Mb. 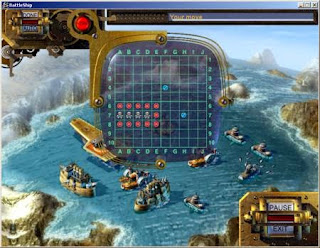 The GEX platform was a Java based platform and games were presented on server side as modules working in-bounds of a server container. The PC client was written in C++ and worked under Windows 98 + DirectX (UI was implemented through Direct3D), but its GEX component was developed in Java and intercommunication between Java and C++ parts worked through JNI. The HTTP protocol was used as the transport for game packets,
it is interesting that in that time I invented some kind of technology for HTTP streams organization, which years later was reinvented and named "Comet" and Markus even told me that it was very good idea and "we will steal it" :) .

To develop the mobile client was no so easy because the only mobile phone with GPRS support was presented only in the Stockholm Motorola laboratory and I didn't have any chance to take a look at how my programs worked on the real device, so all development was organized in blind mode and only through emulator, sometime our Swedish team members visited the laboratory to check how it works on the real device and sent me reports. The Mobile phone was very innovative for that time - 16 grey levels, touch screen, GPRS. I have not ever seen the game working on a real device, several months later I saw only several photos of the game process in a Swedish online magazine dedicated to mobile technologies.
p.s.

Also as the second demo of GEX, a variant of well-known and popular PC game "Sudden strike" was developed and shown in E3 2001, we had a lot of fun during adaptation of the game from DirectPlay to GEX rails.
Posted by Unknown at 12:03 AM